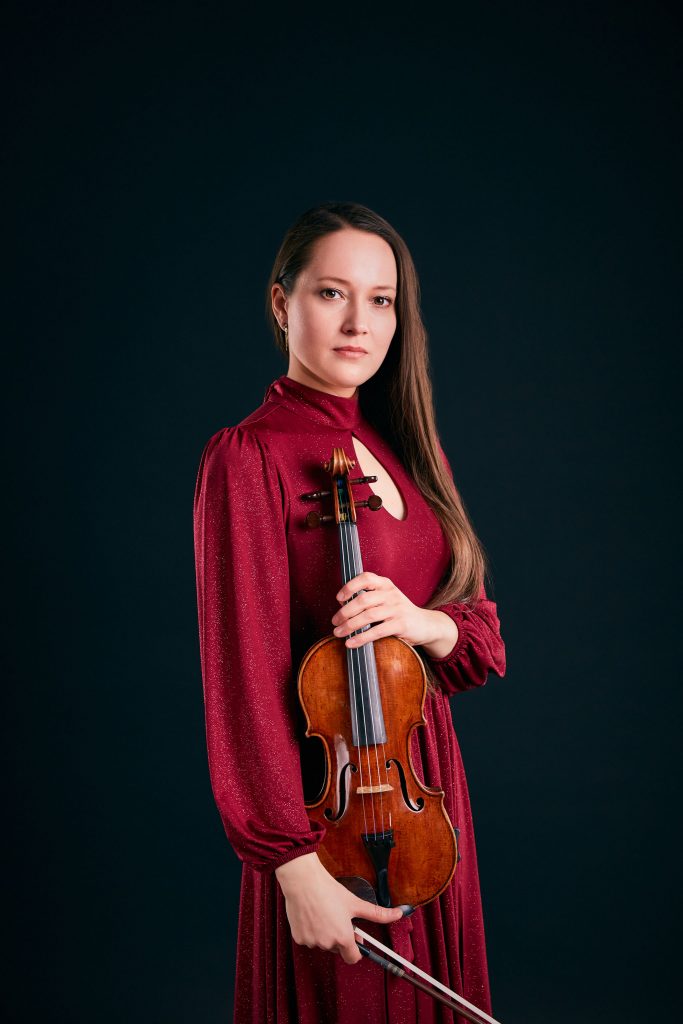 She is a musical chameleon, quickly getting under the skin of whatever she’s playing”, wrote The ARTS DESK about award-winning Polish violinist Magdalena Filipczak.

With her eclectic and extensive repertoire she has appeared as a soloist and chamber musician in the UK (including Wigmore Hall, Barbican Hall, St John!s Smith Square), in Europe (among others in Het Concertgebouw, Tallinn Philharmonic, Cracow Philharmonic, Baltic Philharmonic) as well as in the USA, Canada and South America. Magdalena’s Carnegie Hall recital debut, postponed due to the pandemic, will be on May 30th 2023.

Magdalena’s new CD with a renowned Hungarian pianist Peter Frankl is in the final stage of postproduction. Her solo debut CD Essence of Violin has been praised by critics, including THE STRAD Magazine as

After graduating from the Guildhall School of Music and Drama in London, where she studied with the distinguished Polish violinist Krzysztof Smietana, she was awarded an Individual Artist’s Fellowship. At the Guildhall she won the Max and Peggy Morgan Violin Concerto Prize, and together with her brother, pianist Łukasz Filipczak, Ivan Sutton Chamber Music Award of the City Music Society in London. Magdalena also trained voice at the Guildhall with John Evans and later she had private lessons with Benita Valente in America. Currently she is a recipient of the prestigious Fellowship Award of CUNY Graduate Center in New York for Doctoral Studies in Music Performance.

Magdalena was one of the Holland Music Sessions’ New Masters on Tour, and she was admitted and performed at American music training programs, including Itzhak Perlman Chamber Music Program and Residencies, Yellow Barn, Norfolk Festival, as well as Krzyżowa-Music in Poland, and IMS Prussia Cove in the UK. Magdalena has been awarded scholarships from the Musicians’ Benevolent Fund, the Philharmonia Orchestra/Martin Musical Scholarship Fund, the Craxton Memorial Trust, the City of London Corporation, the Derek Butler Trust, the Wolfson Foundation, the English Speaking Union, the Norfolk Festival/ Yale Summer Music School Fellowship, the Fishmongers’ Company, the Solti Foundation and the Zetland Foundation.

She has given masterclasses in Brazil, Yellow Barn!s Young Artists Program and through Itzhak Perlman’s Music Residencies in America. Currently Magdalena is an Adjunct Professor at the Aaron Copland School of Music (Queens College) in New York.